Since the 1990’s the Acoustical Society of America has taken a leadership role in promoting improved acoustics in classrooms. ASA has published two American National Standards on this subject. These two standards were developed by ANSI-Accredited Standards Committee S12, Noise. They are available for immediate download from the ASA Online Store at no cost. You will be asked to establish a user name and password but no credit information need be supplied since there is no cost.

The ASA has published three booklets on Classroom Acoustics topics that can be downloaded for free by clicking the booklet icons. 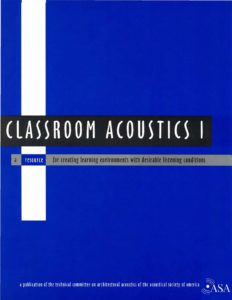 Classroom Acoustics I – A resource for creating learning environments with desirable listening conditions. 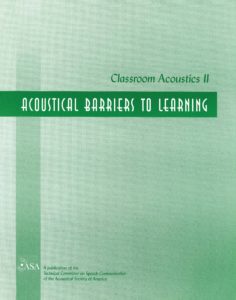 Classroom Acoustics for Architects- A companion booklet for ANSI/ASA S12.60.